Why you should demand fresh air in your office

It’s Tuesday afternoon in the office and you’re feeling sluggish—again. Who do you blame? The sandwich you had for lunch, a poor night’s sleep or the CO2 levels in your office?

It feels paranoid, right? And a tad dramatic to blame air quality for your lack of focus.

In fact, the built environment, including and perhaps especially your office, affects your brain and body in ways you may not realise. We spend 90 percent of our time indoors and much of that in the workplace. Employees cost more than any other item on the balance sheet, and yet “indoor environmental quality and its impact on health and productivity are often an afterthought.”

This is according to Dr. Joseph Allen, an assistant professor, researcher and lead author of a Harvard study that proved that the air we breathe in the office has a deep and profound impact on our ability to work well.

The study was conducted by the Harvard Center for Health and the Global Environment, and it made headlines when researchers found that higher levels of carbon dioxide and volatile organic compounds (VOCs)* in the air led to lower cognitive scores.

If you’re underwhelmed by this conclusion, don’t feel bad. We’ve long known that sustainable updates can boost productivity, but the connection requires a bit of good faith. Productivity is hard to measure and the return on investment is abstract.

Now, Allen and Harvard researchers have not only confirmed the green-productive relationship, but they’ve taken it a step further to show the ROI in real dollars.

See details of the study below, but first a primer on productivity.

Are you more productive today than you were yesterday? How do you know? Unless you can measure results (like in a call centre or assembly line), quantifying productivity is a vague pursuit.

There are simply too many variables. How do you measure new relationships? Or strategic ideas? What’s productive for one person may be mundane for the next and vice versa.

What you can measure and manipulate is cognitive function. The math and verbal abilities, problem-solving skills and higher order thinking that produce real outcomes. Here’s how Allen’s team set out to do that.

What fresh air does for your brain

The study, published in October 2015 in Environmental Health Perspectives, looked at employee performance in conventional, green and “green+” offices.

For six full work days, 24 employees carried out their normal job activities in a simulated office environment in a lab in Syracuse, New York.

On different days, they were exposed to varying levels of ventilation, chemicals and carbon dioxide, then tested on their ability to make decisions, complete goals, strategise in an emergency and so forth.

On average, cognitive scores were 61 percent higher on green days—those with fresher air—than on conventional days.

On the green+ days when they circulated even more fresh outside air, scores were on average 101 percent higher.

The largest capability improvements were in the areas of:

What’s concerning is that the opposite is also true. Scores decreased for seven cognitive functions as carbon dioxide levels returned to levels commonly seen in offices.

With these results, every company in the world should be pumping more fresh air into their space. The challenge, of course, is justifying the expense.

Breathe life into an old office, or create a workplace for your business to thrive.

We can help you make the right decisions.

The ROI of cleaner office air

In a recent follow-up report, the authors of the Harvard study revealed what “higher cognitive performance” is actually worth.

Using data from the US Department of Labor, they determined the productivity savings have a value of US$6,500 per person per year on average.

Clearly the benefits of higher ventilation rates far outweigh other efficiency measures, like energy costs, epecially when you consider the impact of poor ventilation—lower productivity, greater absenteeism and higher instances of respiratory health problems, to name a few.

What can you do?

Every building already does circulates air, but to what degree? To save energy, a building owner may recirculate indoor air and bring in less fresh air to save on energy costs. Measuring CO2 levels is a good start to see how stale the air is, but it doesn’t account for factors like VOCs and outdoor pollutants that make their way inside.

The biggest challenge in leased offices is that heating, ventilation and air conditioning (HVAC) systems are controlled by the building owner. The questions, then, are why should they spend more money and who benefits from the investment?

Talk about ventilation in your lease agreement. Tenants should start insisting on clauses that outline acceptable indoor air quality guidelines, including CO2 levels and ventilation rates. However, keep in mind the Harvard study improved both measures beyond “acceptable” levels to achieve such strong results.

Whatever ventilation strategy a workplace follows, tenant and building operators need to work together to develop an indoor air quality strategy. By getting all parties involved, a culture of efficiency can be developed, and the ripple effect will reach far beyond energy savings to human health and robust financial return.

*CO2, or carbon dioxide, is the air we exhale. In small quantities it’s harmless, but high concentrations are toxic. VOCs or volatile organic compounds are gas or vapor chemicals in the air. Some cleaners, disinfectants, waxes, glues, paints or a number of building materials can emit VOCs.

Create a place for your business to thrive 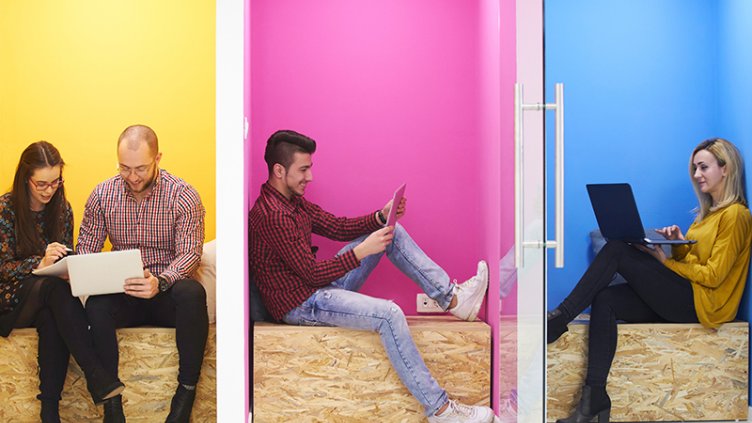 Five ways to infuse brand into your workplace 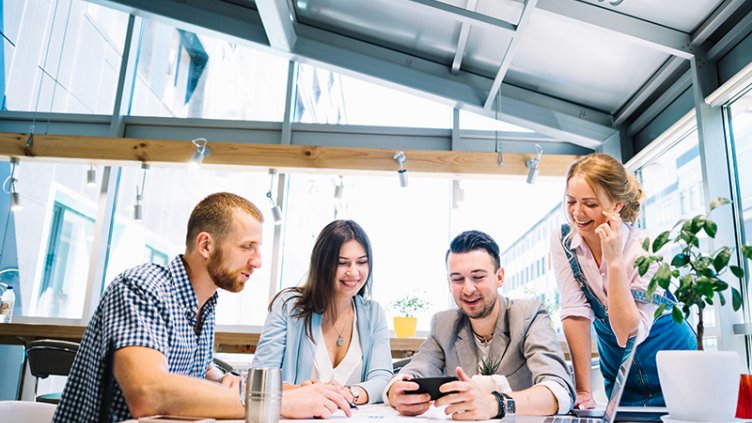 Hire power: How an office helps win the war for talent

Is flexible working feasible in the Hong Kong workplace?